The Case for Body Cameras: Good for Doctors and Their Patients 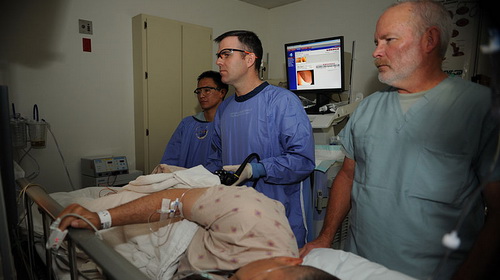 Emergency Physician’s Monthly is running four articles on body cameras for emergency department personnel. This is the first in the series. Others with different perspectives will appear here later this week.

That’s a list I’d like to see more doctors and nurses check off before they start their shifts. The New York Police Department recently announced an accelerated program to equip their officers with body cameras, and the President is supporting initiatives to increase the number of police who wear them.

These devices should also be worn by healthcare providers. Think of them not as webcams, but as med-cams. Although the introduction of this new equipment is relatively recent, these tiny cameras already appear to influence the behavior of both the public and the police. In one recent study, officials in Rialto, California randomly assigned officers to wear the camera while on patrol while others did not. After 1 year, it was found that the officers who wore body cameras used force only half as often as those who did not the body cameras. And, when cameras were introduced, the number of complaints made against officers fell from 24 per year to just three.

This was not an isolated finding. A report funded by the Department of Justice concluded that “cameras may have a civilizing effect.” Because people generally behave better when they are told they are being filmed, the need to use force, deadly or otherwise, is reduced.

While most doctor-patient interactions end to the satisfaction of both parties, many do not. In certain “high risk” medical specialties like neurosurgery and obstetrics, almost every practicing doctor will be sued at least once.